Harkraft / Uncategorized / When is it Time to Upgrade Your Shower Doors?
Apr 20

When is it Time to Upgrade Your Shower Doors?

Your shower doors get used quite a bit, and you’ve probably had the same set for quite a while or potentially for as long as you’ve owned your home. If you’re dissatisfied with the look of your bathroom or the functionality of your shower, changing up your shower door can be an easy change that can make all the difference.

In this article, we’ll take a look at a few of the telltale signs which indicate that you’ll need to upgrade your shower doors relatively soon.

If the material of your shower door’s main surface is cracked, chipped, dented, or stained, it’s time to upgrade your shower door. Especially if your shower doors came with your home, they might be made out of substandard materials that have had time to weaken over years of use.

Depending on the original material that your shower door is made of, blemishes on the surface could be setting you up for a very unpleasant surprise shattering during the start or finish of a future shower. Upgrading your shower doors is an easy way to avoid potential injury while getting a chance to give your entire bathroom a facelift.

We see our shower doors far too often to tolerate ugliness, yet many antiquated shower doors are anything but ornate. Certain aesthetics age better than others, but the homes build in the 1960s up through the 1980s tend to have especially egregious shower door fashion faux pas.

Upgrading your shower door gives you a chance to pick one of the first sights you’ll see in the morning or one of the last that you’ll see at night. Your shower door has the potential to set the tone for an entire day, yet most people simply make do with whatever the home came with, even if it’s substandard.

If you upgrade your shower door, you’ll also be able to be picky about the shower door’s handle—I’ve never quite enjoyed the feeling of sharp bare metal on some shower doors, and the look of the handle is often the first thing that catches your eye when you’re preparing to bathe.

Some door surfaces come separate from the handle, so you might be able to combine your favorites to make a beautiful customized door that’s a joy to open and close.

When was the last time that you greased or cleaned the hinges on your shower door? If you’re like me, the answer is a guilty “never.” We’re not alone, and that’s exactly why upgrading your shower door may be appropriate if your current shower door’s hinges haven’t been serviced for many years.

The hinges of your shower door take a lot more abuse than other hinges throughout your home. Shower door hinges tend to suffer from being a bit too small for the weight that they have to carry and are subject to water, soap, temperature fluctuations, and a general lack of love.

Most shower door hinges made in the last half century won’t rust until they’ve been through a few decades of showering, but they tend to get warped even earlier. It’s unlikely that your shower door will simply break its hinges and fall off, but a distorted hinge is a liability and will probably interfere with your smooth opening and closing of the shower door.

Replacing the hinges on your shower door doesn’t need to be scary, and if you pick your hinges right, you’ll get a prettier hinge that will last even longer than the original. Thankfully, hinges typically aren’t that expensive, even when opulent.

You don’t need to opt for the traditional wooden sauna door to increase your shower door’s privacy level, though. There are all sorts of permutations on the privacy-enhanced shower door design, ranging from faux-stained glass scales to fully opaque glass to chiseled polymers. You’ll have a huge amount of freedom to pick the shower door that provides privacy in style if you decide to upgrade.

If you already think it’s time to upgrade your shower doors, you’re probably overdue. Replacing your shower door can change the entire tone and flow of your bathroom, and we encourage you to check it out. 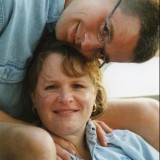